moki is an artist based in berlin / germany. her main focus is painting. she has been publishing art books at Gingko Press like SHELTER 2016 and HOW TO DISAPPEAR in 2010. the next monography will be published with Hatje & Cantz autumn 2023.
In 2019 she has released a children's book about mammals that are threatened with extinction. it has received the prize for the best german book by Stiftung Buchkunst. This collaboration with the author Rae Mariz "DIE WUNDERSAMEN 12" (ori. RARE FURE-COVERED BEASTS) still looks for a publication in english!

moki also draws graphic novels that have been published in many different anthologies like SPRING, ORANG and KUSH. Her most recent graphic novel SUMPFLAND 2020 has received the Gingko Award. It has been published at Reprodukt as well as her silent novel WANDERING GHOST in 2011. her first book published by Kiki Post called ASLEEP IN A FOREIGN PLACE has won the SONDERMANN-PRIZE for best newcomer in 2006. The upcoming graphic novel KALEIDOSKOP is a collection of short stories that will be released in may 2023 at Reprodukt.


moki has been invited by Goethe Institute for shows and workshops abroad. her works have been shown in galleries all over the world. her paintings are in privat and public collections.


moki is part of the SPRING-collective that publishes a mono-thematical book with graphic novels every year since 2003 at Mairisch. she likes to collaborate and does submissions from time to time. 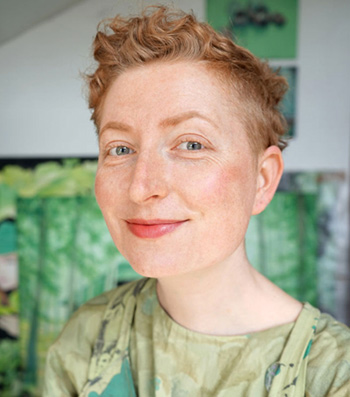 you are welcome to contact me
or joining the newsletter